Vikings is a NetEnt slot for those who want a less cartoony, more graphic, Nordic, classical Viking feel.

If you’ve been engrossed in the hit TV series Vikings , you’ll be excited to know that Netent offer a slot machine you’ll love. With stunning graphics, exhilarating gameplay and some absolutely massive prizes, it’s no surprise to find that the Vikings slot machine is one of the most popular slot machines found at Netent casinos.
Not sure whether you want to play Vikings online for real money? If so, you’ll love what you’ll find on this page, as we offer you the chance to play free Vikings slots – slots that have exactly the same gameplay as the real money game, but that don’t cost you anything to play whatsoever. If you do enjoy playing, you’ll then be able to spin the reels for real money at one of the online casino sites we recommend.

In this Vikings review, we’re going to take a look at everything, from the look and feel of the game, through to how much money you can win. Once you’ve finished reading, you’ll have all the knowledge you need to start playing this fantastic slot! So, keep reading our Vikings slot machine review to find out more…

Vikings Theme
Designed to accompany the series, the Vikings online slot sees you heading on a daring raid with Ragnar and Lagertha, two of the show’s main protagonists. They’re depicted in gloriously detailed graphics, as you’d expect from a slot from Netent, with the atmospheric music providing the perfect backing track to the game.
Regular readers will know that we’re often critical of slots having generic 10-A symbols, which you’ll find when you play the Vikings online slot. The thing is, we actually quite like them at this game, as the metallic symbols, which are splashed with the blood of vanquished foes, really fit in with the theme perfectly.

Betting Options
Those looking to play for a penny won’t find this slot suitable. This is because the minimum bet is $0.20. The most that can be bet per spin is $100, which should be enough for all but the biggest spending slots players. There are no payline bets at this slot, as it offers 243 ways to win in the base game. Therefore, all prizes on the paytable are multiplied by your total bet.
Altering the amount you bet at this game is easy – just change the “Level” and “Coin Value” fields. You can then spin the reels by clicking the large circular button. If you’d like to play faster, you can use the autoplay feature, which will automatically play a set number of spins at a specific bet level.

Bonus Features
The bonus features at the Vikings slot are superb and are a major reason why so many people continually return to play this game. Unusually though, there is no wild symbol at this slot – don’t worry, there’s plenty to make up for this.

The first bonus feature to mention is the Hotspot feature. You’ll notice that the middle reel is highlighted. When an expanded symbol lands on it, all other Vikings on the reels will turn into that same symbol. What’s more, they’ll become scatter symbols. The more identical Viking symbols on the reels after this bonus is triggered, the more money you’ll win. It’s possible to get up to 15 during the base game, but many more in the free spins, as you’ll see shortly.

There’s also something called the Shield Wall feature, which can activate randomly after any spin of the reels, aside from after a spin where the Hotspot feature comes into play. During the base game, this causes a shield wall measuring 3×2 or 5×2 to land on the reels. These shields will then all reveal the same symbol, giving you a cluster of identical symbols on the reels – something that can lead to some massive prizes!

Then there’s the Raid Spins feature, which is the game’s main feature and your route to winning the biggest possible prizes. To start the feature, you’ll need to get three Raid Spins symbols on the reels – one each on reels two, three and four.

The first thing you’ll notice about the free spins is this: the reels increase massively in size. You’ll find five rows and seven columns, which boosts the number of ways to win to 78,125. This means that you can get winning combinations that contain seven symbols, meaning you can win more than you can during the base game. You’ll also notice that there are three hotspots now. As in the base game, when one expanded symbol lands in a hotspot, all Viking characters will transform into the same symbol and you’ll then win a prize. Due to the larger set of reels, it’s possible to get up to 27 identical symbols on the reels, which will see you winning the game’s jackpot. You’ll also find that the Shield Wall feature is slightly upgraded during the Raid Spins, as the wall of shields can measure 4×2, 5×2 or 5×3 symbols. As during the base game, it can activate after any spin other than one that features the Hotspot bonus.

Viking’s Maximum Win
The maximum prize at Vikings is absolutely massive. If you manage to get 27 Viking symbols on the reels using the Hotspot feature – something that can only be done during the Raid Spins – you’ll find yourself winning a prize worth 10,000x your total bet! This means that those playing at the highest stakes could find themselves winning a massive $1,000,000! This is one of the larger non-progressive jackpots you’ll find in the world of online slot machines, so it’s no surprise to find that this game is so popular with casino players.

Is Vikings Worth Playing and Who Should Play It?
Quite simply, anyone looking to play a new online slot machine should play Vikings , as it is one of the best slots to be released in recent years. Netent have ensured that fans of the TV series will be able to immerse themselves into the game, however even those who haven’t watched a single episode will still hugely enjoy spinning the reels – especially if they manage to activate the superb Raid Spins bonus feature.
Even if you’re only interested in winning money, as opposed to having a great time while playing, you’ll be impressed with this slot. This is because the top prize of $1,000,000 is absolutely huge, plus the RTP of the game is higher than average. The only players who might not find this game to their liking are those looking to play penny slots – the Vikings online slot has a minimum bet of $0.20. 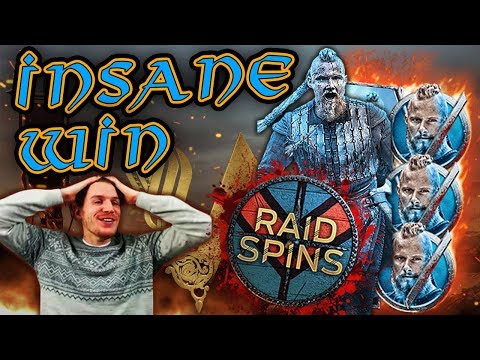 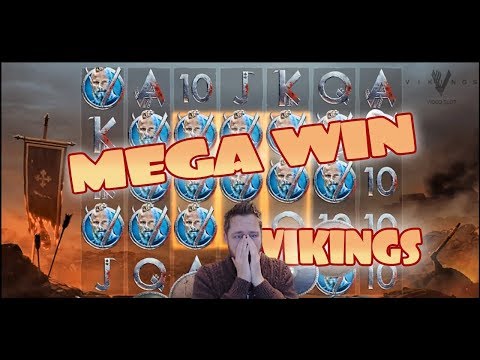 It’s really easy to learn how to play Vikings . Just choose your bet amount and spin the reels. You’ll then see if you’ve won an instant cash prize or started one of the Viking bonus games. To win an instant cash prize, you’ll need to get three or more identical symbols on consecutive reels, starting from the first reel. The bonus features are slightly more complex than those found at many other slots, however even new players will get the hang of them once they’ve activated them a few times.

As with most online slots, there is not anything you can do to guarantee wins or even increase your chances of walking away with more money than you started with. Quite simply, slots are based on luck and there’s no way for you to influence how the symbols land on the reels. So, stop looking to learn how to win on Vikings and instead just enjoy playing the game. If you’re lucky, you’ll win the Vikings jackpot!

The Vikings slot RTP is higher than average, as according to Netent it is a respectable 96.05%. This means that, over the course of millions of spins, the game will pay back 96.05% of all money spent on it. Please don’t think that you’re guaranteed to win this exact percentage back though, as some will win the Vikings jackpot, which will have to be balanced out by others not winning anything at all. There is no way to increase the Vikings slot machine RTP.