Blood Suckers II slot is a NetEnt game that may seem a little frightening, but it still stands out among lots of other slots.

You might find yourself in a frenzy of bloodthirsty vampires and their antics with Blood Suckers 2 – the sequel to the original NetEnt classic. Netent released the Blood Suckers 2 sequel in February 2017, and it successfully surpassed its predecessor with its wild and entertaining feel. The graphics and effects are perfect, and the uniqueness is also impeccable.

Blood Suckers 2 is a NetEnt video slot with a narrative. You take on the role of Amelia – once human, now vampire – as she seeks to find her ancestor’s golden treasures in the underworld.

The release of Blood Suckers 2 is a rarity in the slot-game world, as many game developers would rather focus on new slots than sequels. This speaks to how popular and successful the original Blood Suckers was; this sequel comes after it was revealed that this original game was one of the most popular games of NetEnt, who is also responsible for the Starburst slot!

Amelia is a vampire who has been cursed with immortality as she searches for the treasures her ancestor buried in the underworld. The only way to break this curse and return back to being human, Amelia must find all of these hidden gold coins!

Bloodsuckers 2 builds upon what made its predecessor so great, namely very familiar gameplay that has players spinning three or more matching icons on screen at once while also hunting down the scatter symbol (a blood sucker) before they can trigger some really sweet rewards like Free Spins and bonuses galore.

Blood Suckers 2 features three rows and five reels. Blood Suckers 2 is a thrilling and addicting slot game with up to 25 paylines. You can play for as little as 0.25 per spin of the reel, but that is still higher than the penny video slots. The maximum bet for Blood Suckers 2 is $250 per spin if that’s what floats your boat!

The symbols that you see on your reels of Blood Suckers 2 are all vampires, and other icons like coffins or stakes. There’s Amelia herself, a demon vampire, and an adventurer with long blond hair. The family crest is the standout symbol from all others. Notching full lines of them will bank a jackpot of 10,000 coins!

A scatter symbol is the most important part to winning big in Blood Suckers 2, since three or more will give you a great chance of getting your free spins. After landing on these reels with at least 3 symbols that make up this section of the game, players get 10 rounds where they can win even bigger prizes! They’ll have some time before their next spin starts so it’s best to use those seconds wisely and really push for as many wins out there while you still can.

There are a lot of multipliers in this game! Every win you get with the 3x multiplier has 10 freebies, which is awesome. In the free spins round, there will be ten free spins to give away and each win this round comes with a 3x multiplier!

If you land three of the bonus symbols, you will be taken to a special ‘pick ’em’ gameboard. In this board is where your fate lies! The prizes are many and varied, but beware of the demon lurking inside who ends up cancelling out any chance at winning big time with one swooping motion!

The jackpot prize in Blood Suckers 2 is a handsome 1298x your stake for revealing five family crest symbols. This makes it an impressive slot game to play for!

Is Blood Suckers 2 Worth Playing and Who Should Play It?

This vampiric theme is prevalent throughout the game with a narrative about how these creatures have come back to life after being staked in their graves for so long. Blood Suckers 2 is worth checking out for both fans of vampires or NetEnt games with narrative storylines.

Players who loved the original Blood Suckers slot machine game will love this one too because it features similar gameplay and payout mechanics, as well as special wild symbols which help you spin free spins for massive payouts! 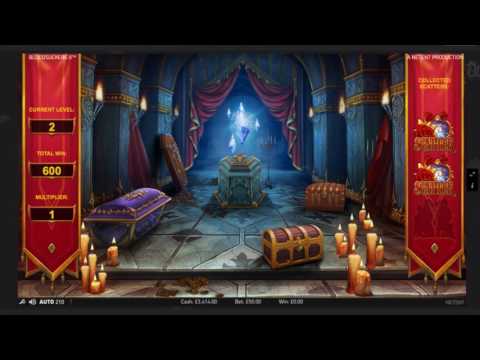 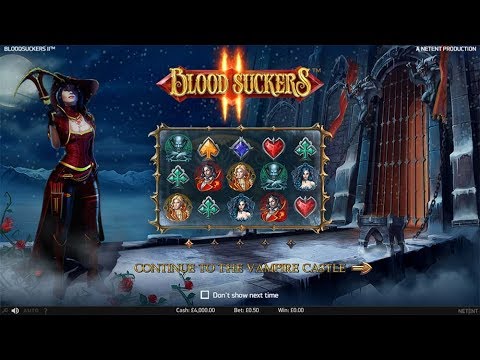 It takes just a few minutes to learn how to play Blood Suckers 2. All you have to do is decide what bet size you want, spin and see if it’s worth your while! The exciting world of online gambling awaits those who are interested in learning more about playing this unique slot machine called “Blood Suckers 2″. Luckily you can play for free right here at ManySpins!

When it comes to the RTP of Blood Suckers 2, the good news is that it’s 96.94% which above average for online slot machines. That means that theoretically, the amount you win back per 100 plays or bets will be $96.94! However like all averages there are exceptions, so don’t go into playing with any false expectations of earning a tonne from one day at gambling but enjoy your play knowing you’ll have a good chance of getting something out of a bet placed. Not all spins are guaranteed winners!

Ever want to know more about an online slot machine before you play it? Well we’ve gathered together the important statistics and features for Blood Suckers 2 below. Why not take a look first, so when someone else asks what you think of this game your answer will be informed!

Ready yourself for hours upon hours of vampire themed slots action!