Coywolf Cash is a Play’n GO slot that has a traditional, wild and feral native American feel.

Play’n GO have certainly created something a little different with the Coywolf Cash slot machine. It has a theme you’ll never have seen before, plus the bonus features are innovative and exciting. The maximum win of $400,000 is the main reason to play this game though! Why not check out the review below to find out more about this great game?

You won’t just be able to read about this game on this page, as you’ll also be able to play free Coywolf Cash slots, allowing you to decide whether you like the game, without spending any of your own hard-earned money. If you do enjoy the game, you can then play Coywolf Cash online for real money at an online casino.

In this Coywolf Cash review, we’re going to look at the game in detail. We’ll look at the prizes you can win, the bonus features you can activate, as well as much more. So, keep reading our Coywolf Cash slot machine review to find out about this great game from Play’n GO…

To understand this theme, you really need to know what a coywolf is. After some research, we can reveal that it’s some kind of dog, related to wolves and coyotes, hence the name. To say this is a niche theme would be an understatement, however it’s good to see something original. The game is infused with a Native American feel, adding another aspect to the playing experience.

The graphics are fantastic at this game. On the reels, you’ll find various creatures, including cougars, wolves and coyotes, as well the coywolf. The 10-A symbols, so often the most boring part of a slot, are designed really well and really complement the overall look of the game. Turn the audio up too, as this slot has a catchy song playing throughout.

The least you can bet per spin at this slot is $0.10, which should be low enough for most players. If you’re looking to play for even lower stakes, we’d recommend looking at some of the penny slots reviewed on this site. The maximum bet is $100, which will be enough for all except the biggest spending players.

It’s really easy to alter how much you bet. Simply scroll along the bet amounts below the reels using the plus and minus arrows and select the bet size you want to place. This bet size will be remembered for all future spins in your playing session, until you decide to increase or decrease it. As with all slots, the more you bet, the more money you could win.

During the base game, you’ll find three special symbols on the reels. Firstly, there’s the wild, which is the coywolf and can substitute for all other symbols except the two scatters. This appears on all reels and can come stacked.

Next, there’s the mask scatter, which only appears on the middle reel. When it does, it will cause the Wild Reel feature to start, which causes alpha coywolf wild symbols to scroll across above the reels. When they land, any reels below an alpha coywolf wild symbol will turn completely wild. You can get up to three wild reels thanks to this feature and the alpha coywolf has larger prizes attached to it than the standard coywolf.

Finally, there’s the totem scatter, and getting three, four or five of these on the reels will see you given 8, 11 or 15 free spins respectively. During the free spins, the Wild Reel feature starts when the scatter lands on the third reel, however it is enhanced. The first symbols to scroll across are standard, adding up to four expanded wilds to the reels. If you get a mask anywhere on the horizontal reel though, you’ll get a second spin, which can add wilds with up to 7x multipliers to the selected reels, or alternatively lead to you winning more free spins. If you’re really lucky, you’ll get a set of reels completely filled with alpha coywolf wild symbols!

The most that can be won on a single payline during the base game is just 6x your total bet, and this is won when you manage to get five standard wild symbols across a payline. The maximum win comes during the free spins bonus round though, thanks to the fact you can fill the reels with alpha coywolf wilds and have a multiplier applied to your wins. This maximum win is a massive 4,000x your bet, which equates to $400,000 when playing at the highest stakes.

Is Coywolf Cash Worth Playing and Who Should Play It?

Quite simply, Coywolf Cash is definitely a game that you should play. This is because Play’n GO have managed to make something different from other slots out there, thanks to the addition of the exciting Wild Reel feature. The massive top prize of 4,000x your bet is another reason to spin the reels of this online slot machine.

So, who should play this game? Well, pretty much everyone. After all, wouldn’t everyone like to win $400,000? The only players who shouldn’t play Coywolf Cash are those who don’t like very high volatility slots, as this is exactly what Coywolf Cash is. This means that there can be long periods between wins, which can see account balances dropping quickly. When wins do arrive though, they can be particularly impressive. 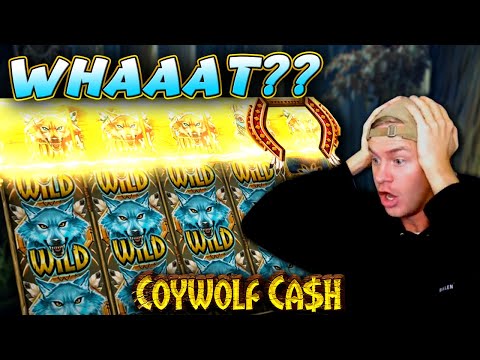 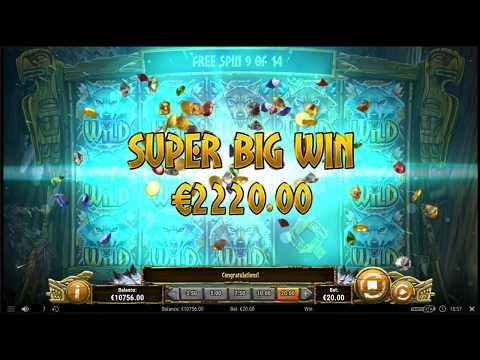 Learning how to play Coywolf Cash is not difficult at all. Firstly, choose how much to bet, and then hit the large green button to spin the reels. If you get three or more identical symbols next to each other on a payline, starting from the first reel, you’ll win a cash prize. You could also start a Coywolf Cash bonus game, which won’t require you to do anything other than watch to see how much money you win!

Unfortunately, those looking to find out how to win on Coywolf Cash will be disappointed. This is because there’s no way to guarantee you’ll win the Coywolf Cash jackpot, or any other prize. The game is completely random, and this randomness can’t be affected by anything you do, regardless of what some so-called experts might say. It’s also not possible to affect the RTP of this slot in any way.

The Coywolf Cash RTP is 96.31%, which is very impressive, as the average RTP of an online slot is around 95.50%. Because the Coywolf Cash RTP is 96.31%, it means that, on average, the game will pay back $96.31 for every $100 spent on it. There’s no guarantee you’ll win back this exact amount though, as some will win money, which has to be balanced out by some losing money.

Check out the table to find out about the most important facts associated with the Coywolf Cash online slot, such as the maximum prize available and how much you can bet. You should then play Coywolf Cash for free, here on this page!