Snake Arena is a Relax Gaming slot brings you against a gigantic snake which you aim to fight your way to freedom.

If you’re tired of games that miss the mark, the Snake Arena slot machine might be the ideal game for you. From the Relax gaming team, this fun game title has a quirky personality all of its own. Sporting exciting graphics, a unique looking interface, and a simple set of bonuses, it’s a game that has wide appeal.

Should the idea of playing a new slot sound daunting, we’ve done the groundwork for you and created a thorough review of Snake Arena . In case reviews aren’t your thing, and you’re eager to get gaming, you can also test out the free Snake Arena slots for yourself. Then, once you feel familiar enough with the reels, you can play Snake Arena online with real money.

But what does our Snake Arena review offer? Quite simply, everything there is to know about this title from Relax gaming! We’ll walk you through its low and high value symbols, bonus features and prizes — and that’s only the half of it. So, keep reading our Snake Arena slot machine review to find out more…

Snake Area Theme
As soon as the game loads, you’re introduced to a delightfully cute cutscene to help establish its theme and the story behind this castle top adventure. And yes, it is an adventure. Even though this isn’t a game that’ll rival console releases, there’s a subtle plot to follow that immerses you further in the gameplay.

This is a medieval themed title, though rather than rely upon realistic graphics, Relax gaming has opted for a cuter aesthetic. On the reels, there’s an array of unique icons related to the game’s overarching theme, but also the opening cutscene. There’s bronze, silver, gold, and platinum coins, alongside pints of ale, rumps of meat, a jeweled ring, and a fabulous crown.

Betting Options
When it comes to playing the Snake Arena slot for real money, those on a tight budget will be happy, as betting starts at a low $0.10. Granted, this isn’t as cheap as some slots out there, but generally speaking, this title is at the low end of the scale. If money isn’t a concern for you and you aim to go big, the maximum you can wager at any one time is $100. However, as always, be sensible and only bet what you can afford to lose.

To set your betting amount, you need to click the plus and minus arrows either side of the “Bet” box. Pick the one you want then spin those reels. Please keep in mind that the 30 paylines of Snake Arena are fixed, meaning there’s no way to increase or decrease your bet size by altering the number of active paylines, as can be done at some other online slots.

Bonus Features
Unlike some titles available online, Snake Arena provides few bonuses. Don’t get us wrong, there’s a couple of extras to savor, however, these are your standard free spins round and wilds. This doesn’t take away from the enjoyment of the title, though it does mean that it can become predictable rather quickly.

To trigger the free spins round, you need to get both a snake and a knight on the reels. If you do that, you’ll bag yourself an unspecified number of free spins. During these, the dragon will chase the knight, and every time the knight is eaten, the reels spin, hopefully leading to a prize. Your chances of winning are increased by the fact that the dragon is wild during the feature. The dragon will continue eating the knight, triggering a spin every time it does, until it runs into itself, which brings the bonus round to an end.

Then there’s the Wild Chase feature, which is less complicated than its free spins counterpart. It activates at random. Should you be lucky enough to start this bonus, one or more of the reels will be covered by stacked wilds. It’s a simple bonus, but it brings both excitement and some potentially large prizes.

Maximum Win
Over 1,000x your wager can be won when playing the Snake Arena slot, which translates to $100,000 for those playing at the highest stakes. You’ll win 1,000x your bet if you manage to fill the entire set of reels with the dragon during the free spins, plus you’ll also win any prizes you’ve earned during the free spins too. On the reels, the highest prize is 20x your bet, which is won when you manage to get five crown symbols in a combination.

Is Snake Arena Worth Playing and Who Should Play It?
We’d definitely say that Snake Arena is worth playing. Not only is it well made and looks great, but its features are easy to understand and provide decent wins. It’s a compact slot machine, but that doesn’t take away from its charm, which it has in abundance. If you’ve never played a slot from Relax gaming before, this title is a great way to be introduced to the brand.

As for who should play it, we’d argue that while anyone can play, those with a passion for modern, new school slots will prefer Snake Arena . This is because it delivers that crisp, modern aesthetic we’ve become used to from newer titles, as well as offering a more immersive experience than traditional slots. 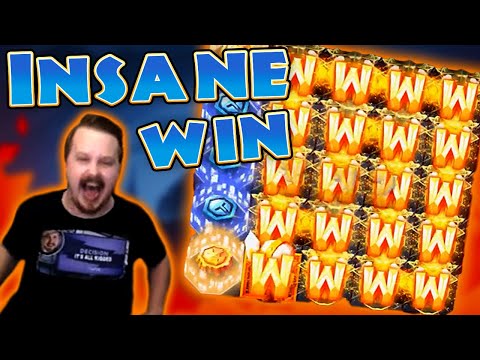 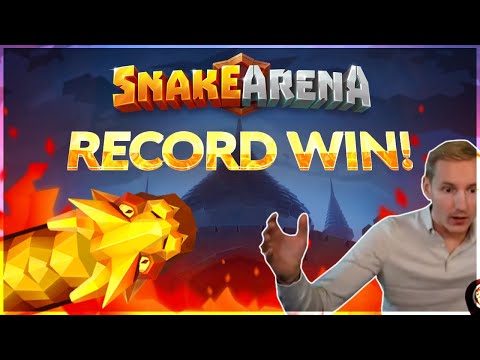 Looking to learn how to play Snake Arena ? If so, you’ll be glad to find it’s exceptionally simple. Just pick how much to bet then spin the reels – there’s nothing more for you to do. You’ll then see how the symbols land and whether you can get a winning combination or start a Snake Arena bonus game. Any money you win is automatically added to your casino account.

Those looking to find out how to win on Snake Arena will find that, unfortunately, there’s no way to guarantee winning the Snake Arena jackpot, or any other prize. Therefore, you need to accept that this is a game of chance and simply hope that you manage to win a prize when you’re playing. Don’t believe anyone who says they know how to guarantee wins at this slot, as they’re lying.

The Snake Arena RTP is 96.25%, meaning it has a higher return-to-player than most other slots. For those who are unaware, the RTP tells you how much money a slot will pay back. So, the Snake Arena RTP means that, on average, the game pays back 96.25% of money spent on it. This isn’t a guarantee though – some will win, and others will lose.

We’ve condensed everything we’ve discussed into a handy table, designed to show you the most important stats of the game. Think of it as the nice bitesize overview you need to read before you get started.