Read everything about the RTP and learn how to win. Play Dragon's Fire machine directly for free or money. No download necessary.

The Dragon’s Fire slot machine isn’t the first game to take inspiration from the fire breathing monsters we loved to read about in fairy tale books as children, though there’s nothing juvenile about the presentation and feature play on this lavish, stylish effort from Red Tiger. When the designers there hatched the idea for this 40-payline masterpiece they clearly felt the need to pull out all the stops, and the result is a roaring success. Play Dragon’s Fire online and you’ll be treated to an awe-inspiring set, epic soundtrack and a labyrinthine series of features to ensure every session is an adventure you’ll never forget.

If, however, the thought of charging in and taking on this beast without a few practice spins is too intimidating, then don’t worry: You can play free Dragon’s Fire slots on our specially arranged demo game for as long as it takes. Once you’ve mustered up enough bravery to take on the 4 mighty reptiles and their respective eggs that you’ll be meeting on the reels, you’ll be fully prepared and know exactly what to expect.

Read our Dragon’s Fire slot machine review and you’ll have an even better idea of what’s in store before you set off on your quest. Hopefully you’ll go on to capture the riches guarded by the giant, scaly creatures that inhabit the reels in this game, though if you’re unlucky they may roast you with their breath before gobbling you up – and do exactly the same to your bankroll.

Dragon’s Fire Theme
There are dragons – and there’s fire! It’s definitely an aptly named online slot, though upon opening it up you’ll instantly get a feel for just how much effort has gone into this game. It’s set in a castle chamber filled with gold coins, which is watched over by a stone dragon and a large egg – which plays a crucial role in proceedings, as you’ll discover when you read the rest of our Dragon’s Fire review.

There’s lots of toned-down primary colours and gold fittings, all expertly put together, and – refreshingly – no poker symbols, with the providers instead preferring to make every symbol non-generic. Each of the four dragons has its own distinct look, and each has a corresponding egg that also appears as part of the symbol set.

Betting Options
Stake levels range from $0.10 with 10 levels on offer in total, and all 40 paylines are compulsory. Should you wish to engage in combat with this game at the highest stakes possible, then a maximum win can be attained by gambling the maximum $10 per spin. High rollers really won’t be too impressed that they can only bet this much – other slots allow bets worth thousands.

Selecting your bet level couldn’t be simpler: All you need to do is click the Stake button to the bottom left of the reels and scroll up and down to highlight the bet you’d like to make. Once you’ve set your bet amount, the game will remember it for all subsequent spins, so there’s no need to set your bet before every turn.

Bonus Features
When you make winning paylines, the large egg to the right of the screen will show an increased multiplier value, and any subsequent win will be subject to that value. The multiplier will rise every time you get a win on your turn. This multiplier is capable of reaching an incredible 50x, which is more or less unheard of and marks this slot out as something truly extraordinary.

You could boost your multiplier significantly at any time by starting the Dragon’s Eye Boost feature. This will see the multiplier to the right of the reels increasing by as much as 10x, meaning your multiplier could become huge!

You could also start the Fire Blast feature at any point. This will see one of two things happen: either at least one reel will turn completely wild, or Free Spins symbols will be added to the reels, boosting your chances of starting the free spins bonus feature.

Land 3 Free Spins symbols anywhere on the reels to start your free games. Before they start, you’ll have to find out how many free spins you receive, and this is done by picking from three symbols. During the free spins, the multiplier will not reset after a non-winning spin, giving you the opportunity to build it up to an exceptionally high level.

Dragon’s Fire Maximum Win
The maximum possible win at this slot is worth over 10,000x your bet. That’s a win of more than $100,000 when playing at the highest stakes, which isn’t the largest prize we’ve ever seen, but is certainly still one that’s definitely worth winning. The highest paying symbols at this slot are the dragon’s eye and the wild, and getting five of either, or a combination of them, on a payline sees you winning a prize worth 200x your bet.

Is Dragon’s Fire Worth Playing and Who Should Play It?
There can be no doubting that this online slot is definitely worth playing. This game’s visuals alone mark it out as something special, with all icons lovingly created and brought to life with exceptional resolution levels. The bonus features are also loads of fun, plus the prizes can be exceptionally large, especially if you can build up a big multiplier.

Though the feature play is relatively complex, we were able to pick it up soon enough, so we wouldn’t hesitate to recommend this slot to players of most levels. It is, however, perhaps a little too complex for a short burst of gaming on a work break and might prove a little too demanding for absolute novices. If you like the look of Blueprint Gaming’s excellent Dragonfall then you’ll definitely want to check out Dragon’s Fire, as the 2 games share some design similarities. 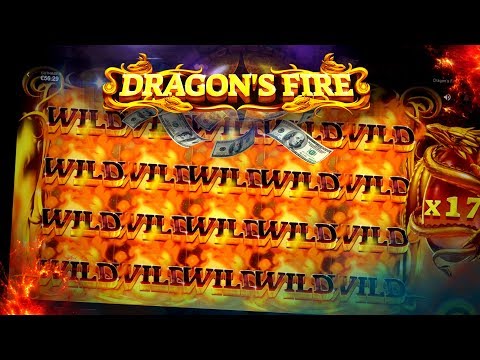 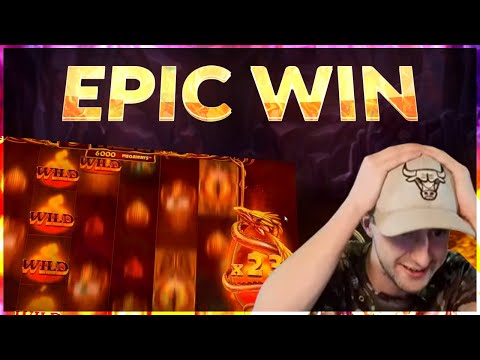 It’s not hard to understand how to play Dragon’s Fire. After setting your bet level you simply hit the Spin button or use the clearly marked Auto button to set the number of spins you want to make consecutively. You’ll also find loss limit controls here as well. To win some money, just get two/three identical symbols lined up on a payline, starting from the first reel. You could also win a large sum of money by activating a Dragon’s Fire bonus game.

We’re not able to tell you how to win on Dragon’s Fire. All outcomes are determined at random, so it’s impossible to know when you’re about to spin another bonus round or Dragon’s Fire jackpot win. So, instead of looking for a way to guarantee prizes, just accept the random nature of the game and enjoy every spin.

Dragon’s Fire offers a 96.07% return-to-player figure, which is higher than the average RTP found at online slots. The Dragon’s Fire RTP refers to the level of winnings you can expect from a typical session, so total bets of $100 could be expected to win you $96.07. The amounts you actually win or lose will vary from this average level, however. There is no way to change the Dragon’s Fire RTP.

Feel free to use the table below to find out loads of information about the Dragon’s Fire slot from Red Tiger, such as what the return-to-player is and how much you can bet per spin. Once you’ve found the information you’re looking for, you should play the game for free on this page, to see if you enjoy it. If you do like playing the game, you can then play it for real money at an online casino.

Other slots from Red Tiger

Play now
Lord of the Wilds