Spin Town is a Red Tiger slot which showcases a colorful, fast-paced and amazing gaming interface.

Visit Spin Town today and play one of the best slots ever created by Red Tiger Gaming. With the chance to get multiple wild symbols on the reels, this slot offers exceptionally exciting gameplay, plus you could also find yourself winning a massive jackpot. We really do love the unique gameplay this slot machine offers, so why not find out more by reading our comprehensive Spin Town slot review?

You won’t just find a review on this page though – you’ll also get the chance to play free Spin Town slots, giving you the opportunity to test the game for yourself, without risking any of your own hard-earned cash. Enjoy playing the game? If so, you can then head over to a casino we recommend and play Spin Town online for real money – hopefully you’ll win the huge jackpot when you do!

In this Spin Town slot machine review, we’re going to look at this slot from every direction, ensuring you get a complete overview of everything you need to know. So, you’ll find out about the prizes, the bonus features, and much more. Keep on reading to learn more about this fantastic online slot from Red Tiger Gaming!

Spin Town Theme
This slot is based on a road, where many people cross every day. It might not sound like the most exciting theme, but trust us when we say that you’ll love what this game has to offer! The reels themselves are the road, and you’ll find sidewalks to either side of the screen. Every so often, people will appear on the side of the road and then start crossing – we’ll get onto that later in this Spin Town review though!

On the reels, you’ll find a number of items that could be carried by those crossing the road. These are a suitcase full of cash, a helmet, a stereo, a wallet and a key. The lower paying symbols are generic playing card values, which don’t look particularly great and add nothing to the overall look of the slot. This is only a small complaint though and shouldn’t stop anyone from playing this game.

Betting Options
The minimum bet at this slot is $0.20, while the most that can be bet per spin is $200. This decent range of bet sizes means that almost everyone will find a bet size that suits them. The prizes shown on the paytable are multiplied by your payline bet though, and not your total bet. To work out your bet per payline, simply divide your total bet by 40.

It really couldn’t be much easier to adjust your bet amount at this slot. To do so, just click the “Stake” box in the bottom left of the screen, and then select from one of the predefined amounts. Once you have selected a bet amount, the game will remember it for all subsequent spins, until you stop playing the game or decide to change the amount.

Bonus Features
Get ready, as there are loads of bonus features found at this slot! You’ll find that a character can appear on either side of the reels at any time, and they will start crossing when the green man appears above the reels. All crossing pedestrians are wild symbols, and each type acts in a different way. The wilds will move across the road, before disappearing when they reach the other side. Typically, they will move one space after every spin.

Firstly, you’ll find elderly people crossing, and these are called Sleepy Wilds. They can fall asleep as they’re crossing, causing them to remain in place until they wake up. You’ll also find Speedy Wilds, which are the skateboarders. These guys move quickly, sometimes moving two spaces at a time.

Next up, you’ll find a man and a woman, and they’re called Couple Wilds. When two Couple Wilds bump into each other, they will combine and create a wild umbrella, which has a 2x multiplier attached to it. Like other symbols, this umbrella will then move across the reels.

You’ll also find that there are three bonus symbols on the reels, with the first being the Rock ‘n’ Roll symbol. Get three of these on the reels and you’ll find four rock stars, who look very much like the Beatles, landing on the reels. These wilds can cross the road up to 10 times each!

The next symbol to watch for is the Guardsman symbol. Get three of these anywhere on the reels and you’ll find Mega Wilds crossing the road. These Mega Wilds are larger than normal symbols, standing two symbols high.

Finally, you’ll find Kick Off symbols on the reels, and getting three of them anywhere will cause a group of football hooligans to start crossing the reels. They remain close to each other, meaning that you’ll have a cluster of wilds on the reels, which greatly increases your chances of spinning in a win.

Spin Town ’s Maximum Win
The most that can be won on a single payline at this slot is 400x your payline bet, which is $2,000 for those playing at the highest stakes. This is won when you manage to get five wild symbols across one of the paylines. It’s possible to win an overall prize far larger than this though, as you can win multiple prizes on a single spin, especially if you manage to get loads of wild symbols on the reels at the same time.

Is Spin Town Worth Playing and Who Should Play It?
Spin Town is a slot that’s definitely worth playing. The theme might not sound like the most exciting one, but we know you’ll find the game to be hugely entertaining, especially if you manage to get loads of wild symbols crossing the reels. Another reason to play is the fact that you could win thousands of dollars on a single spin. The only major thing going against this slot is the RTP, which is lower than average.

If you’re looking for an unusual slot, Spin Town should be perfect, as it really is different from pretty much everything else out there. Those looking for a simple game might want to steer clear of Spin Town though, as it can be slightly confusing when multiple wilds are on the reels at the same time. This is a low volatility slot, meaning that wins are regular, but usually pretty small. This means that even those with the lowest account balances can play, as money shouldn’t be lost too quickly – higher volatility slots can see small balances decimated in a few minutes. 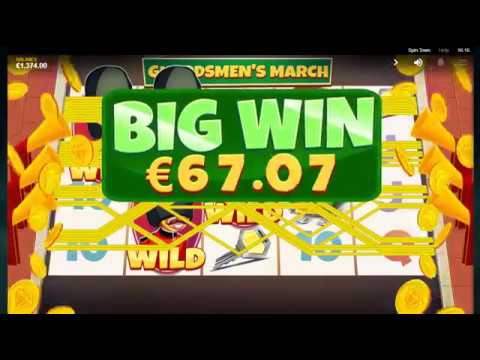 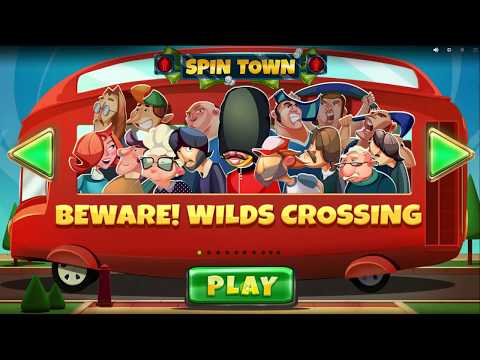 Looking to find out how to play Spin Town ? If so, you’re in the right place! You’ll need to first select how much to bet, before then spinning the reels. When they land, you’ll see if you’ve managed to spin in a winning combination. Getting winning combinations is easier when wilds are on the reels, as they’ll substitute for other symbols. You could also start a Spin Town bonus game – there are three of them in total, all of which can lead to some big prizes.

If you want to find out how to win on Spin Town , you should stop looking now. There is no way to guarantee you’ll win the Spin Town jackpot, as the game is run using a random number generator, which ensures every spin truly is random. The RNG is exceptionally complex and can’t be hacked or tampered with in any way. Instead of trying to find a way to win, just accept that the game is random and that you have the same chance of winning as everyone else.

As already mentioned in this review, the Spin Town RTP is lower than average, coming in at 95.07% – the average for an online slot is around 95.50%. Still, it’s not massively below average though and still provides you with a fair chance of winning some money when you play. RTP stands for return-to-player and tells you, on average, how much money the slot will pay back. Therefore, the Spin Town RTP of 95.07% means that the game will pay back $95.07 for every $100 spent on it. The RTP is not a guarantee you’ll win back exactly that percentage of everything you spend – some will win, and others will lose.

Check out this table to learn the important facts about Spin Town , including how much you can win and how much you can bet per spin. Then load the free game on this page and test it out! If you like the game, you can then try to win the jackpot by playing Spin Town for real money over at one of the online casinos we recommend.

Other slots from Red Tiger

Play now
Lord of the Wilds