The era that swept away prog rock, flares and 3-day working weeks in favour of video games, financial deregulation and yuppie culture was arguably kicked off by the greatest sea change in UK popular culture since the 1960s when the Sex Pistols burst onto the scene – and for many fans of all ages life was never as exciting again. Whilst we can’t build you a time machine to go back and experience it all for real, we are able to let you play Nolimit City’s Punk Rocker slot machine, which is easily the next best thing.

Play Punk Rocker slots online and the years will slip by in an instant, transporting you to London’s Abbey Road – home to the famous studio complex that made the soundtracks to our lives for decade upon decade. There’s no shortage of features to hold your attention either: Whilst Vicious, Rotten and Co may have bragged about only knowing 3 chords, this slot is far from simple. You don’t, however, need to worry about finding your way around if you use our demo game. Play free Punk Rocker slots for as long as you like, and you’ll quickly get to grips with it – though playing for real money is far more entertaining and your winnings will be yours to spend as you wish rather than swindled away from you courtesy of an indecipherable record company contract.

After a few riotous rounds on this incredibly unique slot, we’d gained enough experience to tear ourselves away and write up a Punk Rocker slot machine review that’ll help you get the best from every minute you spend playing. Keep reading and you’ll quickly become an expert on all its features – that way you won’t need to concentrate too hard and can put on a classic album or two whilst you try and spin your way to glory.

Punk Rocker Theme
You’ll see some iconic London sights behind the reels with a classic red phone box and Westminster Bridge leaving you in no doubt as to where you are. The thumping soundtrack also lets you know exactly which era you’re in, and fans of punk music will definitely want to turn the speakers up while they play this game.

On the reels the lower value symbols are the classic circled A for Anarchy motif, a pair of Doc Martens, a guitar fuzz pedal, a knuckleduster and a petrol bomb. Higher value wins can be made using Winston Churchill, Einstein, the Mona Lisa, a monkey wearing the Crown Jewels and Sean Connery – all of whom have been given a punk makeover, and by and large look all the better for it.

Betting Options
The minimum bet come in at $0.25, with 15 different options going up to a maximum of $100 per spin. If you want to win the absolute maximum prize on this game, you’ll need to bet the largest amount, though when writing our Punk Rocker review we chose to use up our bankroll in smaller chunks to make it last longer as the game itself was such fun to play.

To set your bet level you simply need to click the ‘$’ symbol found in the bottom right of the screen. You’ll then be able to select from various options. This game doesn’t give you the chance to change the number of active paylines, so you can’t do this to change your bet amount. Your bet size will remain the same as you play this online slot, until you decide to change it.

Bonus Features
The wild in this game is the skull holding a Molotov cocktail in its jaws, and it’s not an ordinary wild. When it lands on the reels, all positions above the wild symbol will also turn wild, meaning that you can get entirely wild reels.

The xWays Mystery Symbol appears randomly and is unlike anything else on the market. When we were preparing our Punk Rocker review it was our favourite feature, and it expands symbols whilst holding 2 to 4 matching symbols inside. These can land on any reel and expand it up to 6 symbols high, though in the base game any of the 4 main characters can expand up to 20 symbols high.

Land 2 Bonus scatter symbols anywhere on the reels and you’ll be treated to the Riot Re-Spin feature. The scatters will transform into Molotov Wilds and an extra reel will appear, leading to up to 729 ways to win. You’ll then find the reels respin, however the reels with wild symbols on them will remain stuck in place.

Spin 3 or 4 scatters, however, and you’ll start the Anarchy Freespins or Civil War Freespins, respectively, both of which start with eight free spins. In Anarchy Freespins, you’ll have 729 ways to win, plus each of the three scatters will turn into a Jumping Wild. These wild symbols remain on the reels throughout the bonus, jumping to a different position on each turn. The Civil War Freespins are exactly the same, however you’ll have four Jumping Wilds instead of three.

Punk Rocker Maximum Win
The most you can win at this slot is more than 15,000x your bet, meaning that those playing for the highest stakes could find them winning more than $1 million. That’ll get you any number of piercings or tattoos – and you definitely won’t need a job for a while! The highest paying symbol at this game is Winston Churchill – five of this symbol on consecutive reels will lead to a prize worth 2,000x your bet.

Is Punk Rocker Worth Playing and Who Should Play It?
The Punk Rocker online slot is an absolute must for historical value alone. It’s a faithful tribute to one of the most memorable eras in British history; the visual detailing is fantastic, and there’s no need whatsoever to get a mohican, stick a safety pin through your nose or stop using the shower to join in all the fun. Perhaps more importantly, it also offers the chance to win some huge prizes.

Despite its subject matter, this slot will appeal to more sophisticated players, as it’s fairly feature-heavy. Those new to online slots might want to give it a miss however, thanks to the complex gameplay. The game’s high volatility makes it best for those prepared to wait a while for a win, knowing that when a win does arrive, it can be rather large. 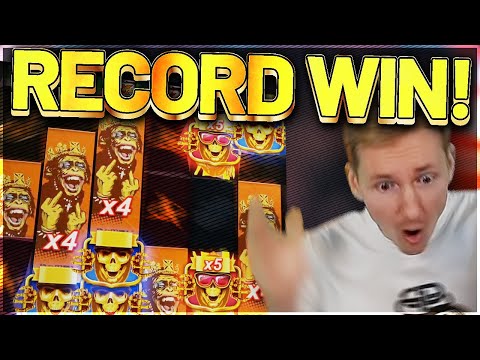 Learning how to play Punk Rocker is easy. Set your bet level and use the large circular arrow button to make individual spins or the smaller button below it for autoplay. You’ll find yourself winning a prize if you get three or more identical symbols on consecutive reels, starting from the first reel. In order to start the main Punk Rocker bonus game, you’ll need to get three or more Bonus scatter symbols anywhere on the reels.

Knowing how to win on Punk Rocker is unfortunately not possible, as this is a game that uses a random number generator and is therefore based entirely on luck. You never know, though: Your next Punk Rocker jackpot could be just around the corner, so above all else we can guarantee that the excitement will never stop.

The Punk Rocker RTP is 96.11%, which is slightly higher than average. However, this return-to-player figure is only a mean average – not what you can actually expect to win or lose in a real session. This means that you could win the jackpot, win nothing at all, or anything in between. There’s nothing you can do to increase the Punk Rocker RTP.

Use the table we’ve created to quickly decide whether you’d like to try out this top online slot. We’ve researched it thoroughly and provided information on everything from the possible bet sizes through to the game’s RTP. If you do decide this slot is right for you, there are two options: spin the reels for free on this page or play for real money at an online casino.

Other slots from Nolimit City

Play now
Fire In The Hole