Great Blue is a Playtech slot that plunges players into its majestic, undersea depths of marine animals and adventure.

The ocean is a popular theme with online slot makers, therefore a slot with this theme has to be fantastic in order to stand out. Playtech have ensured that their ocean-themed slot Great Blue is exactly that, offering simple gameplay and a fantastic free spins bonus round, as well as some prizes that can be absolutely huge. It’s a pretty old slot, but it still remains popular with online slot players.

On this page, you’ll be able to read our detailed Great Blue slot machine review, but that’s not all you can do, as you can also play free Great Blue slots. This allows you to experience the excitement of this slot, without having to spend a penny. Like the game? You can then head to one of our recommended casinos and play Great Blue online for real money – hopefully you’ll win the jackpot when you do!

In this Great Blue slot machine review, you’re going to find out everything you need to know about this 25-payline slot from Playtech, from the minimum and maximum bets, through to how much money you could win. So, keep reading our Great Blue review to find out more…

As we’ve already mentioned, the theme of this game is the undersea world. The background to the reels is simple, as it’s just bright blue water with bubbles rising up through it. The reels are also primarily blue, as are the game’s logo and many of the symbols. You might think this will make the game look boring, however the contrast between the different shades of blue actually looks great.

On the reels, you’ll find various underwater creatures. The highest paying symbol is the killer whale, which is also the wild symbol, while the clam is the scatter. The other creatures on the reels are sharks, turtles, seahorses, starfish and a fish. The lower value symbols are bubbling blue 10-A symbols – they’re simple, but work well with the theme.

The minimum you can bet per payline is $0.01, and the fact that you can adjust the number of paylines down to one means that $0.01 is also the lowest overall bet. The most you can bet per payline is $2, which equates to a total bet of $50 when the maximum number of paylines are active. The more money you bet, the bigger the prizes are, while the more paylines there are active, the better your chances are of winning.

There are two special symbols to look for at this slot, and the first is the killer whale symbol. This is the game’s wild symbol, so it can substitute for every other symbol on the reels, except the clam scatter symbol. When the wild symbol is part of a winning combination, the prize for that winning combination is doubled.

The other special symbol to look for is the clam, as this is the scatter symbol. You don’t have to get these lined up on a payline to win a prize – instead, you’ll win a cash prize when you get two or more anywhere on the reels. Get three or more on the reels and you’ll also start the free spins bonus game. You’ll automatically get eight free spins and a 2x multiplier, however before the free spins start, you’ll need to choose two out of five seashells. Doing so will see you winning more free spins or a higher multiplier – it’s possible to get up to 33 free spins and a 15x multiplier! You can win more free spins during the feature by getting three or more scatters on the reels – these will have the same multiplier as before.

The most that can be won on a single payline during the base game is 10,000x your payline bet, which equates to $20,000 for those playing at the highest stakes. This prize is won by getting five killer whale wild symbols across an active payline. You can win more than this during the free spins though, as it’s possible to get a 15x multiplier applied to wins during them.

Is Great Blue Worth Playing and Who Should Play It?

Great Blue is a slot that is definitely worth playing. The graphics might not be the greatest around, especially when compared to some of the newer 3D slots, however it still looks good and, perhaps more importantly, has great gameplay. The free spins are also great, mainly because they can deliver the highest prizes, thanks to the potential 15x multiplier available during them.

Great Blue is a game that everyone should play, providing they have a decent sized casino account. This is because Great Blue is a highly volatile game, meaning that money can be won or lost extremely quickly. Those with smaller account balances might not be able to play for long before their money is gone. Of course, they could also win loads of money very quickly instead! 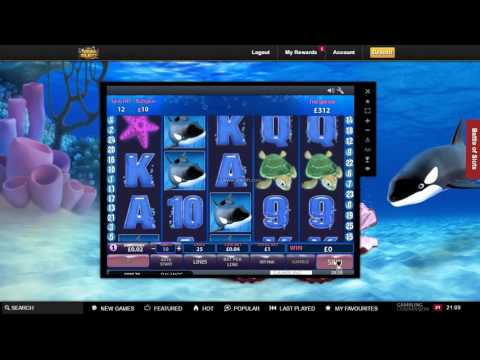 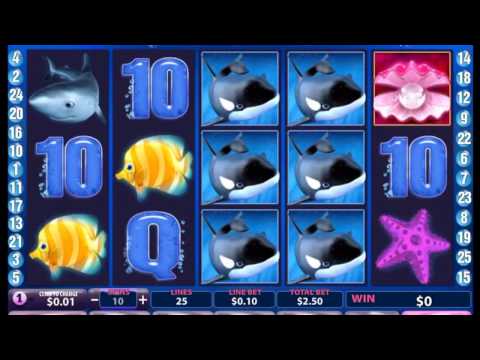 This game is exceptionally easy to play, meaning those looking to find out how to play Great Blue won’t have any issues understanding the rules. Just choose how many paylines to have active, select your payline bet, and then spin the reels. Get a winning combination and you’ll win a prize. You’ll start the Great Blue bonus game by getting three or more scatters on the reels. If you do win, you’ll find the winnings placed in your casino account straightaway.

Looking to find out how to win on Great Blue ? If so, stop now, as there’s no way to increase your chances of winning the Great Blue jackpot. This is because the game uses a random number generator, which makes sure every spin of the reels is truly random and gives every player exactly the same chances of winning. There’s no way to alter the way in which the random number generator works.

The return-to-player of an online slot is one thing many look at before deciding whether to play. So, what is the Great Blue RTP? Well, you’ll find that it’s 96.03%, which is just above average in the online slots world. For those who don’t know, the Great Blue RTP of 96.03% means that the game will pay back 96.03% of all money spent on it over an extremely long period of time. Remember this is only an average though: some will win money, and some will lose money.

Take a look at the table we’ve created to find out about the RTP of the game, how much money you can win, and much more. It’s then time to load up the free version of the Great Blue slot machine on this page and see if it’s the right game for you. If it is, you can then head to an online casino and try to win this slot’s impressive top prize.