Sweet Success Megaways is a Blueprint Gaming slot that is colorful, simple and straightforward, yet capable of rewarding players with huge offers.

If you’ve played a slot with the superb Megaways feature before, you should be excited to read about Sweet Success Megaways . This is a game that offers you up to 117,649 ways to win, which creates insane levels of excitement, plus gives you loads of chances to win on every spin. When the various other top features of this slot are added into the mix, it’s clear to see it’s a game well worth playing!
On this page, you’ll be able to play free Sweet Success Megaways slots, giving you the chance to test the game out and learn the gameplay before deciding whether to play it for real money. If you do want to play for real money, you can then head to one of our recommended casinos and play Sweet Success Megaways online there.

Sweet Success Megaways Theme
Sweet Success Megaways has a tasty theme, as it’s based on everyone’s favourite sugary snacks – sweets! You’ll find all kinds of confectionary on the reels, while the background depicts some kind of candy land, made almost entirely from sweets. Overall, it looks fantastic, and this really adds to the game’s overall enjoyment.

The symbols at this slot are actually pretty simple. The logo and the three different coloured sweets are the highest paying symbols in this game, while the wild is represented by a chocolate covered treat. The lower value symbols are playing card values. These playing card symbols are used at many slots and can look pretty boring, however they actually fit the theme of Sweet Success Megaways well.

Betting Options
So, how much money can you bet when playing this slot machine from Blueprint Gaming? Well, the minimum bet at this slot is $0.20, which should be low enough for most players. The maximum bet isn’t very high though, as it’s just $10. Therefore, high stakes players will probably want to find a different online slot to play.

Changing the amount of money you bet is incredibly simple. Just click on the “Bet” box and then select how much money you want to spend per spin. This value will then be used for every future spin, until you stop playing the game or decide to adjust your bet amount. There is no way to adjust the number of ways to win, so you can’t change how much you bet in this way.

Bonus Features
The main feature you’ll find at this slot is the Megaways feature, which has been licenced from Big Time Gaming. This feature means that on every spin a reel could have anything from two to seven symbols on it. Get seven symbols on each reel and you’ll have a massive 117,649 ways to win.
Having the Megaways feature also means that you’ll find the Cascade feature. This means that winning symbols will disappear and be replaced by new symbols, giving you another chance to win. This can keep happening over and over, until no new win is formed. Every time the Cascade feature is used on a spin the meter to the left of the reels will slightly fill up. Fill it enough and you’ll start one of the bonus features.

Eventually, you’ll win a cash prize or free spins. If you end up with free spins, you could win some huge prizes. This is because the free spins game features unlimited multipliers. Your multiplier will go up every time the Cascade feature is used. You will win more free spins when you get enough Bonus symbols scattered on the reels.
The final thing to mention in this Sweet Success Megaways review is that mystery symbols can often land on the reels. These will all turn into the same symbol and this gives you the chance to make some high-paying combinations. They are active during both the base game and the free spins bonus round, however appear more often during free spins.

Sweet Success Megaways ’ Maximum Win
Perhaps the most important question to answer in this Sweet Success Megaways review is this: how much money can be won? Well, the maximum prize per payline is 50x your bet, which is won when you get a logo symbol on all reels. This might not sound like a huge amount of money, and you’re right, however with so many ways to win, it’s possible to win loads of different prizes on the same spin. What’s more, the multipliers found during the free spins can boost prizes massively as well.

Is Sweet Success Megaways Worth Playing and Who Should Play It?
As with pretty much all Megaways slots, Sweet Success Megaways is definitely a game worth playing. It offers a huge amount of excitement when you play, especially when the Cascade feature starts. What’s more, you’ll find that the wins can be massive, especially if you land the maximum number of paylines on the reels.

This slot is great for those looking to bet smaller amounts, however high stakes players won’t find the maximum bet amount to be enough for them. Sweet Success Megaways has quite a high volatility, which means that wins are often large, but are not very frequent. Therefore, those playing should be aware that money can be won or lost very quickly when playing this slot machine. If you enjoy playing with a Megaways feature, check out our Twin Spin Megaways review! 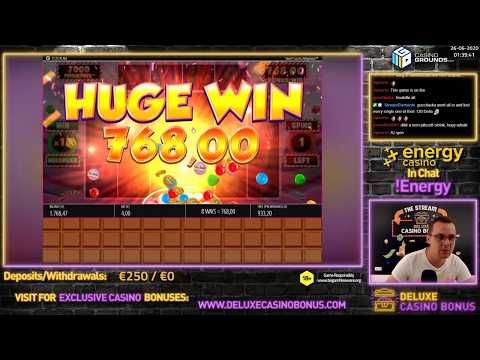 The RTP of a slot tells you how much money the slot will pay back over time, so the higher the RTP of a slot, the better your chances of winning are. The Sweet Success Megaways RTP is 96.06%, meaning that it will pay back, on average, $96.06 of every $100 spent on it. This return-to-player is higher than average, therefore meaning you’ve got a better than average chance of winning money when you play.